Since we locked the cut of Encounters in late 2016, we’ve had a number of post-production hurdles to overcome to get the film completed (and we can finally say it is!).  Some of these challenges/stages are outlined below:

Score
Our composer Tane Upjohn-Beatson composed the score for Encounters in March 2017 and has done an incredible job of bringing eight diverse stories together and unifying them with a single soundtrack.

Sound Design
The dialogue cleanup, Foley, editing and preparation of the tracks for the final sound mix was carried out throughout 2017 by our amazing Sound Designer and Sound Editor Stephanie Engelbrecht.

VFX Shots
We had a number of VFX shots to get completed for various reasons before the final finishing touches on the film could be done. The majority of these will be invisible to viewers of the final film and these range from obscuring headstone names, to removing branding that would otherwise have required legal clearances.

Fundraising
In order for the film to be completed to a high standard with a professional colour grade and final sound mix, we needed to raise some funding – either through private investment or crowdfunding. We were lucky enough to raise this privately without needing to go through another crowdfunding campaign. With some very helpful sponsored discounts from the providers in question, that allowed us to complete the final stages of the film.

Colour Grade
The colour grade of the film was completed by Erin Woolhouse at Martin Square in Wellington. It was amazing to see the difference a colour grade made to the footage we’d been living within the edit for so long and how it really brought the film to life visually.

Final Sound Mix
In the second half of August 2018 we completed the final sound mix with Phil Burton at Underground Sound.

Branding & Titles/Credits Design
We’ve spent the last few months working with Jeroen ten Berge on the poster design and branding for the film. A sneak peek at that is in the logo from the sound mix image above.

Now that the final mix is completed, we will be submitting the film to festivals over the next few months and we’re hoping to show the cast, crew and key supporters the final result of four years of hard work to get this film finished.

That’s all for now, but we’ll have more updates soon!

The cone has been silent, but we’ve just been busy in post-production land! ‘Encounters’ reached a milestone recently after finalising the fine cut of the film. The film will shortly be proceeding to the sound design and score phases of post-production.

We recently screened the fine cut of the film to a number of film industry professionals who gave some helpful feedback. From what we could tell they were really impressed with what we’ve achieved since we first set out on this journey in August 2014.

One of the biggest breakthroughs in post-production that transformed the film was the decision to intercut the film segments as a way of creating a thematic and emotional arc for the film. Our lead editor Scott Milligan’s idea to do this was to avoid the standard approach to an anthology feature film showing each segment one after the other and make it feel more like a feature film experience than a short film festival programme.

A trailer for Encounters should arrive before the end of the year, but in the interim here is a look at the beautiful monster we’ve all created together in the AVID: 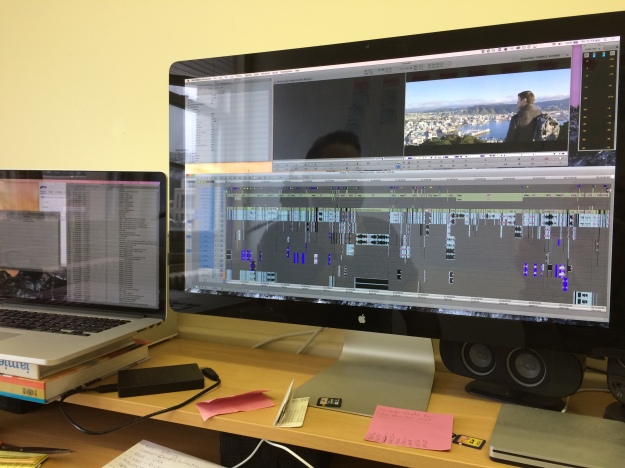 “Encounters” is an anthology feature film of shorts made through Oneshot Collective. We are currently fundraising for post-production on Boosted so please donate and share the Oneshot story HERE

You started out working in film pretty much straight out of school. When and why did you decide you wanted to be a director?
I remember it very clearly, I went to see Jurassic Park when I was ten. I walked in a ten year old kid who loved dinosaurs, I left the theatre two hours later proclaiming to my parents I was going to direct movies.

You’ve written, produced and directed an award-winning web series and several short films. Tell us some of the challenges, creative and otherwise you have faced as a director?
Money, first and foremost, is always a challenge although sometimes you can embrace that. I knew with the web series 101 Dates we’d have certain limitations around budget and location, so I wrote to the constraints I knew I’d have to work around on set, a very useful skill to learn.

I guess on the flipside of that is when you decide to shoot in the middle of the forest at night with teenagers on a low budget and need to remain focused creatively given the logistical nightmare of that. Trying to make something look expensive by creating a glass dragon’s skin with a torch and a glass tumbler is quite comical at the time, but if it works then it beats having to do it all in post. Most of the time, limitations are an opportunity to find more creative solutions that a larger and better funded production would just throw money at. It’s a blessing and a curse.

You often write female protagonists. That’s sadly still unusual…
It’s sort of weird because it wasn’t a conscious decision at first, but over the last couple of years much of my work has started to skew that way as I became increasingly aware of the representation of women on screen.

A friend showed me an info graphic or some stats from the Geena Davis Institute on Gender in Media and I started gender flipping my protagonists and/or antagonists in new or existing scripts. In one case, it unlocked the entire theme of the piece as parallel mother/daughter stories and now I don’t think it would ever have worked as well with a male character. There’s no point doing it just for the hell of it, but given the lack of strong roles for women and no lack of stars to play them it seems an obvious gap to focus on trying to fill. It’s only in hindsight I realise now why Ellie Sattler was always my favourite character in Jurassic Park.

What is it like to try getting your first feature off the ground?
Before we decided to make Oneshot, I was working and am still working to put my first feature together. I’d describe it as a painful torturous process of realising nobody cares who you are or what your story is about until you can say who is starring in it (if that person means enough to sell/finance the film). A script isn’t enough anymore, it’s all about the package. Of course, in most cases you need money to approach agents with offers to get the script to those stars and you need stars to get the money to offer them. In a phrase: Catch-22 your heart out.

How did you come up with the Oneshot Collective? How do you make it work? What are the advantages and challenges with this project?
We’d seen people making shorts, not getting noticed and losing money on something that can’t be sold, people mortgaging houses to make features and the same thing happening. We thought maybe there could be another way, a lower risk way of making a feature project by bringing more filmmakers together. In New Zealand the scarsity of funding breeds a competitive edge for our directors that isn’t helpful on a world stage, whereas the industry crews and creative HODs here are incredible collaborators.

I felt we needed to demonstrate a way of thinking less about ourselves all the time and more collectively – it’s the “if one of us does well, we all do well” mentality we need more of. If you look at Spielberg, Lucas, Scorsese, Coppola they were all on each other’s sets helping each other, sharing information, knowledge and ideas. We need that.

Of course, a culture change like that is a huge challenge, even on a project like this. People are used to doing their own thing and not having to consider how their creative decisions impact another filmmaker’s piece. The most obvious example I could mention would be us having to tell filmmakers they can’t cast certain actors who are already in other Oneshot shorts because at a bigger picture oversight level it won’t make sense (part of trying to maintain a story universe and world that all these stories can exist in).

Tell us about your segment, ‘Awake’
Awake is a horror short I first wrote in 2004 and that I shot a version of in 2006 as a practice. We spent $400 on it and left bloody handprints all over the walls of my producing partner Lance’s spare room.

I didn’t feel it was at a professional level to do too much with but I’ve always liked the concept and how that version freaked my friends out. It’s nothing like my other short form work, it disturbed them. So when Oneshot came along I decided to go for a very contained short horror and flip the gender of my lead role to female. It also works as a great proof of the suspense and horror tone for a female-driven Sci-Fi/Horror feature I’m packaging as an intended first feature.

What are your goals for Encounters and what’s next on your slate?
I’d like Encounters to be a great way to showcase new emerging talent in this country and work as a platform for some of these filmmakers developing features and TV projects to get their projects to market and sold/made. A self-sustaining screen industry in NZ will come from the sale of IP created locally, international production is great but it’s still fees-for-services.

We need a pipeline of talented filmmakers making films for the world from Wellington/New Zealand. We can’t achieve all that ourselves of course, but having a filmmaking model to support that concept will be a great first step. As for my other projects, I’ve been developing a number of genre features. We have about six scripts on the slate via our production company Seriously Entertainment that I’m comfortable showing people and I’m actively rewriting and developing others.

“Encounters” is an anthology feature film of shorts made through Oneshot Collective. We are currently fundraising for post-production on Boosted so please donate and share the Oneshot story HERE 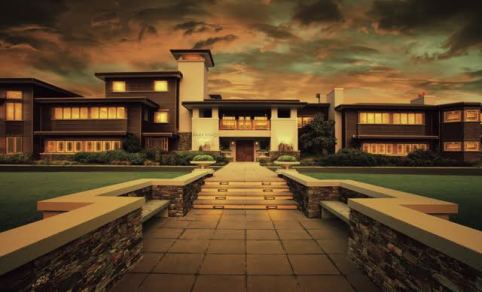 Stills from Oneshot shorts: The Tramp, The Bones of Things, Awake, Out With Mum & Bastard 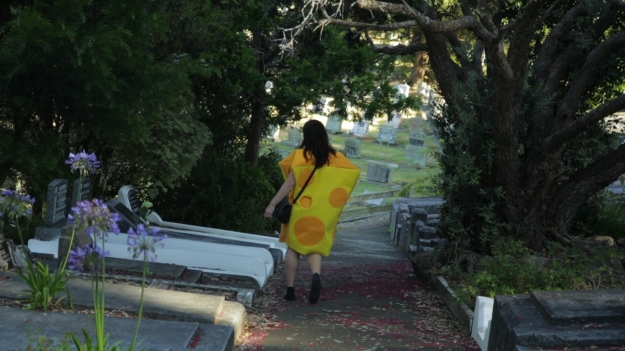 For more information about each filmmaker and their full bios please see here.